The price we pay for going it alone in the level of privacy and confidentiality we provide our clients where we refuse to impart any information we shouldn’t even if ‘off the record’ is that too many of our significant sales either go unreported, get misreported, or are claimed by others like was the famed Kangaroo Point cliffs site sale we made some years back.

Given the audacious new auction record price recently claimed with such incredible fanfare on social and in the mainstream media (the latter via a press release that was picked up and run with by a national media outlet but later retracted when the claim was discovered to be false), we thought it necessary we set the record straight by providing Brisbane’s real record auction price sales history.

Whilst many agents see exaggerating success or otherwise gilding the lily as normal or even necessary in trying to gain or maintain market profile (which they do despite the fact the public have become inure to it), misleading the media if that is what has happened here is a whole new ball game. Doing that has rightly always been strictly off limits. 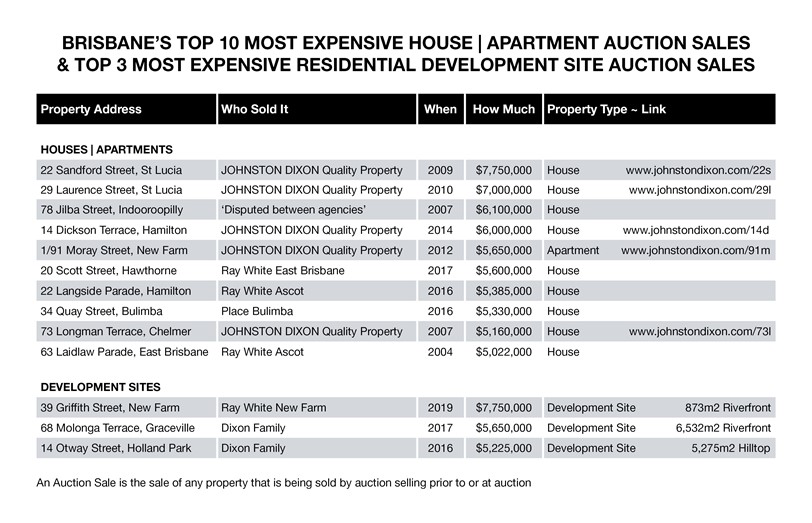 Blog
Back To Blog